Technology and Readiness to Train

Technology and Readiness to Train

Many top class rugby teams will use a number of approaches to regulating their player’s training and practice workload. Firstly, some are using technology to inform them as to how their players are adapting – that is how well they are recovered and able to exploit the benefits from training and how well they are developing or at least maintaining their fitness levels.

Here we look at a number of effective technologies that help coaches, strength and conditioning specialists and scientists monitor this important aspect of player Readiness to Train. To set this new science into context we will also reflect on how Readiness to Train was established before the advent of recent technologies. Also we will clarify the difference between Readiness to Train assessment and Autoregulation – concepts often poorly appreciated in athletic training.

Today athletes and team players use a range of technologies to establish if they are ready to train. The overall purpose of a readiness to train protocol is to compare the normal or baseline level of fitness of a player with his or her current status. Should a player not be at their ‘baseline’ then the decision is made if the player trains as normal or with a reduced training effort or actually not train at all.

Figure 1. Assessing Readiness to train is actually a process of determining recovery on a given day using a series of tests and questionnaires (captions courtesy of www.statsports.com and thebarbellphysio.com).

A variety of tests and questionnaires and thus approaches are being used within sport and Rugby Union in particular, to determine readiness to train. In addition, several technological devices are used in the process. These might include the use of goniometers (instruments that assess range of motion about a joint) and strength devices, 3D motion capture systems (a system that can within seconds capture any imbalance present within the body’s joints as it completes say a deep squat, but more on these systems later), and velocity or power measuring devices such as linear position transducers that are attached to the barbell or motion sensor devices attached to the athlete. In addition, heart rate variability assessment as well as hormone profiling of the athlete are used but less frequently. 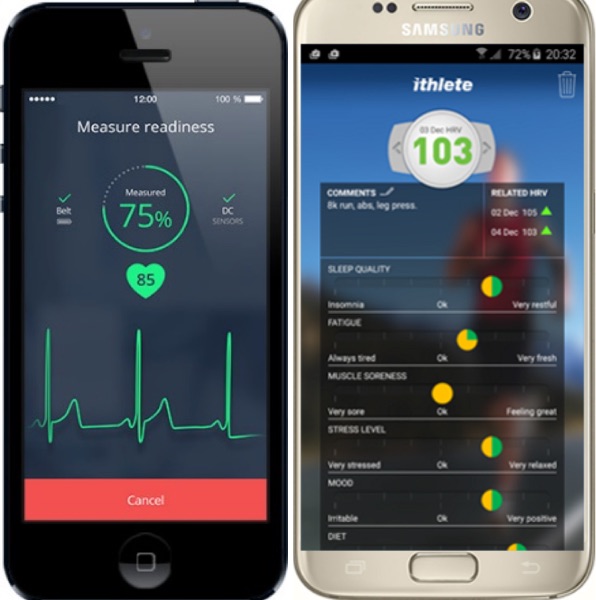 Figure 2. Numerous Readiness to train protocols and software kits exist – each with different tests and levels of complexity (www.omegawave.com, www.ithlete.com).

The principle being that if the athlete scores in his or her test profile are similar to those of his baseline tests then he is assumed to be ready to train according to the planned programme. Training when not ready is problematic and evidence shows that there is an increased risk of injury when an athlete works hard when he or she is not ready (www.orreco.com).

Concern with Readiness to Train protocols

All tests in any readiness to train protocol must be valid and reliable if they are to be effectively used and this is often a concern as some readiness to train protocols are very questionable in terms of the reliability of the testing procedure. This is just one of the issues with any testing programme and something we will return to at a later date in this series of blogs.

How Coaches assessed Readiness to Train decades ago

Before the advent of current technologies and as far back as the 1920’s coaches and athletes used simple tests and questions to evaluate how ready an athlete was for the upcoming training session (Sherie & Tisdall 1935). For example, simple tests such as touching the toes and back arching were used to determine if the body’s flexibility was normal and if there were no pains or aches during these simple range of movement tests. These old tests also included ‘squeeze’ tests and isometric type contractions to establish if strength was normal. Today such tests and others can still be used to establish if the player has a normal range of motion about the joints and normal strength levels. And such tests do not require any technology. Not only that but athletes also used a simple standing long jump to establish if their leg power was back to normal following competition or indeed an intense period of training.

Establishing the athlete’s mood or psychological status is also an important test of readiness to train. Simple using the modified perception of moods status (known as POMS) will reveal how well the athlete slept, the perceived energy levels of the athlete and their own mood as well as other important psycho-emotional states. Before the advent of smartphone technology, which now aids this process conveniently, and many decades ago, the coach and athlete engaged in a simple direct conversation to establish how well the athlete was before training commenced. It can be argued that this simple conversation approach is still the most important of all in establishing the readiness to train of an athlete, regardless of the sophistication of current technology. In fact the coach, strength and conditioning specialist and scientist must be careful not to let technology be solely responsible for establishing the current status of the athlete or player, as technology is prone to error. Further, some test outcomes can be unknowingly erroneous due to human error and lack of standardisation in using a given instrument. This can sometimes occur when an inexperienced and untrained individual completes the readiness to train protocols.

Autoregulation in Training – the Next Step

Readiness to train and autoregulation are two different concepts and this is often poorly understood in the practical setting. Having established that the athlete is back to baseline or ready does not necessarily mean that they are ready to benefit from the upcoming training session. The sensitivity of the readiness to train assessment is still now 100% accurate or informative. This is where autoregulation can be a very important addition to the armoury of the coach or scientist.

The term autoregulation is trending in sport performance. It means adjusting the training or practice schedule to accommodate how ready the athlete is for that particular session. As we have noted there are a number of technologies and approaches to establishing whether the athlete is ready to train. So assume that he or she is ready to train, now autoregulation becomes the next step. Studies and experience show that when autoregulation is used effectively it can be a most effective method of advancing the athlete’s or the player’s fitness status (Zourdas et al 2016). Autoregulation is now facilitated by the use of a variety of technologies. In our next blog we will look at some of the more popular technologies and how they can be used to autoregulate an effective training session. We will also take a look into the future of technology and speculate what it might have to offer us in terms of enhanced athlete and player monitoring and preparation to perform.