The Physical Characteristics of an Elite Rower

The Physical Characteristics of an Elite Rower

On Sunday the 16th of September the rowing world took note as Setanta College graduate Sanita Puspure spectacularly claimed gold in the women’s single sculls final at the World Rowing Championships in Plovdiv Bulgaria. The Latvian-born, Cork-based rower powered to an impressive victory securing her first ever World Championship medal.

Sanita’s first place finish saw the Irish Rowing Team claim their second gold medal in as many days at the World Rowing Championship after the Skibbereen duo Gary and Paul O’Donovan who rose to fame after claiming silver at the Olympic Games in Rio 2016 also won gold in the men’s lightweight double sculls the Saturday morning previous. 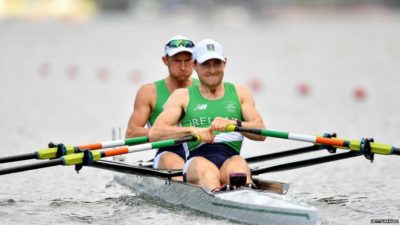 Rowing could be considered as one of the most physically demanding endurance sports in the world, as elite rowers display both outstanding aerobic and anaerobic qualities. Several different components of fitness namely strength, strength endurance and power are required to compete at an elite level which are all underpinned by the aerobic capacity of the athlete.

The typical body type of an elite rower is tall with long limbs and a tall sitting height. According to Mukulic [1] in a study of elite heavyweight male Croatian National Champion rowers who were competing at a World Championship and Olympic level, the average height of the subjects was approximately 194cm, the average weight was approximately 97 kg, an average arm span of approximately 200cm and an average arm length of approximately 86cm was recorded. The taller the athlete the more potential there is for a greater stroke length, combined with stoke frequency (the number of strokes) this can ultimately lead to greater efficiency and speed over the water.

However, a weight class does exist in both male and female rowing. Heavyweight (or open weight) men can be any weight, lightweight men must be below 72.5kg or part of a 70kg crew average. For women lightweights, they must weigh below 59kg or an average crew weight of 57kg. The idea of introducing a weight classification was implemented onto the Olympic programme in 1996 to make rowing more accessible to athletes of varying body types around the world.

This information tells us that tall, strong, powerful and highly conditioned athletes are required to compete at the elite level of rowing. This puts into perspective what a fantastic physical feat it is to win gold on a World Championship stage and all the team here at Setanta College are tremendously proud of the Irish athletes, including Sanita, who continue to inspire with their performances and dedication to their sport.

Click Below To Play The Full Anatomy of a Rower Video