Are Our Limits Still in the Mind?

Are Our Limits Still in the Mind?

When Eliud Kipchoge stood on the line of the Berlin Marathon last month, he had a powerful advantage over his opponents which substantially increased his chances of running a world record. You might think it was his support and funding by Nike, one of the most wealthy shoe manufacturers in the world, you may even think it was due to the new VaporFly shoes he was wearing that advertised a considerable energy return due to new carbon-fibre plate technology. These are definitely factors to consider, but his major advantage, and reason why a world record was so likely before the event, was simply because he had done it before. 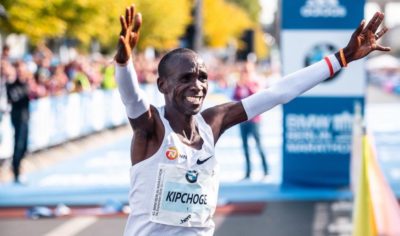 It is said that the limits of human potential are only those realised by the human mind, and for running, it’s no different. Exercise Scientists have long pondered the role of the brain as a limiting factor in maximal exercise, and it’s commonly believed now that “central fatigue” is in fact the perception of being tired because of the brain limiting our ability to go faster.

This topic has been under considerable debate for a long time. One of the early modern physiologists, A.V Hill, talked about the human body as a simple machine that was easy to understand as long as we explored it. Roll on a few centuries and enter Tim Noakes, a controversial sports scientist who argued that the body was not so simple, and that in fact the brain played a huge role in limiting exercise, as part of a protective mechanism for longevity and survival. This lead to a new way of appreciating training; if we could allow the brain to realise that going harder or faster wouldn’t cause any harm, then it would “unlock” the ability to go harder before the brain started to shut the body down. The debate continues to this day, and we are perhaps only inching closer to the answers.

One classic example of the role of the brain perhaps in exercise is the case of the four minute mile. In the 1940’s it was widely proclaimed that to run under 4 minutes for this distance was physiologically impossible. It wasn’t from a lack of trying, runners had been throwing themselves at the distance seriously since 1886, and this involved some of the best minds in coaching across the world. Literally decades had passed and the athletes did not seem to be getting any closer. However, whilst many of us know the story of Roger Banister, and the famous day of 1954 where the first sub-4 minute mile was achieved, it is less well known that just 46 days after Bannister’s feat, John Landy, an Australian runner, broke the barrier again, with a time of 3 minutes 58 seconds. Then, just a year later, three runners broke the four-minute barrier in the same race! Over the last half century, more than a thousand runners have conquered a barrier that had once been considered hopelessly out of reach. 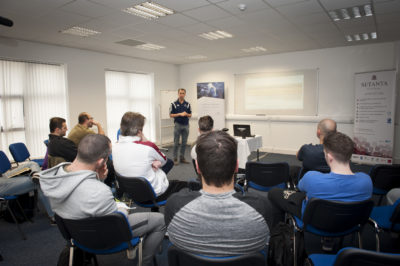 The secret to “unlocking” the mile was not the training techniques or equipment that was being used at the time, but the powerful effect that the mind can have on our maximal potential. It is very possible that simply the act of knowing something can be achieved, allows our brain to realise the potential within ourselves. The overly protective mechanisms that once considered running that hard too dangerous, now regularly sees and appreciates high-school kids running sub-4 minutes for the magic distance; the more it becomes mainstream reality, the less of a big deal it appears to be for the human body to achieve. Hence, we are unlocking the understanding of what is possible and safe for the human body, both for our own understanding, but also for the subconscious control of movement within the brain.

So when Eliud stood on that start line and considered the possibility of running a World Record in Boston, he not only had the understanding that it was possible, he had already done it, albeit in an illegal race – the Nike “sub-2 hour marathon” attempt last year. The race, mainly hosted to advertise the new technology that Nike had developed into their running shoes, was a huge success. Not only did millions of people follow the event with fascination, but Eliud himself came within just 26 seconds of running under two hours. The time was made possible by a number of activities which invalidated any revision of the World Record, standing at 2.02.57, such as a number of alternating windbreaker pacemakers that could drop in and out of the race, a perfectly flat and circular lapped course with no sharp bends, and the controversial shoes that advertised 4% improvement in running energy return. Just over 2 hours later, and the science experiment had proved one thing, a sub-2 hour marathon was possible in the right situation, we just weren’t quite there yet.

One year later, a man lines up on a fast course, with favourable weather conditions, good pacemakers, controversial shoes, and knows all he has to do is run less than 2 minutes slower on a legal course to break a World Record. His brain knew it was possible, and now so do we.