Noel Delahunty looks at how League of Ireland graduates contributed to Ireland making the World Cup play-offs, investment in youth structures and what we can learn from Iceland.

James McClean’s 57th minute strike against Wales in Cardiff was significant in that it was enough to win the game for Ireland and propel the team into the play-offs, where a place at next year’s FIFA World Cup will be up for grabs.

It was significant too in that it was the ninth goal, out of Ireland’s total of 12 in the qualifying campaign, scored by a graduate of the League of Ireland.

In the penultimate group game against Moldova, Sean Maguire received a rapturous reception as he came off the bench to make his senior Ireland debut. In doing so he became the latest in a long line of League of Ireland graduates to pull on the green shirt in recent years. The fact that he has hit the ground running in the English Championship since his move to Preston is testament to himself and the coaching he received at Cork City over the last two years. 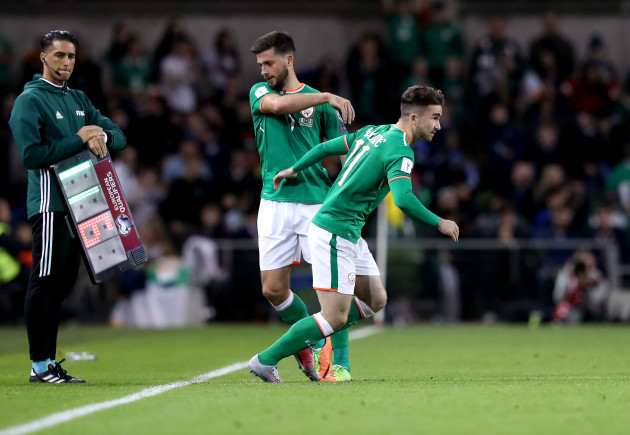 With the globalisation of football (and the Premier League brand in particular), talented young Irish footballers are finding opportunities at cross-channel academies more and more limited as they compete with the cream of the crop from across the continent and beyond. Gone are the halcyon days when the top sides in England regularly fielded anything from one to three or four Irish players.

That is why the League of Ireland has a key role to play in the future success of the Irish international team. Without the league, current stars such as McClean, Hoolahan, Coleman and Meyler to name but a few may have been lost to the game, instead of becoming the driving force of the current international team. The league offered them a platform to learn the game and display their considerable talents. British clubs, who had overlooked them as teenagers for whatever reason, saw that they could perform in a competitive adult football environment and offered them the chance to take their careers to the next level abroad.

A number of years ago the FAI made the decision to introduce underage leagues for League of Ireland clubs; a really significant development in Irish football. This, along with the establishment of regional centres of excellence around the country is a really healthy initiative which can only benefit Irish football in the long run.

Traditionally, schoolboy football in Ireland has been dominated by the strong nurseries, mainly located in the Dublin and District Schoolboy League (DDSL). While they do a terrific job in nurturing top talent, there was no player pathway in place within the League of Ireland for developing young players from schoolboy level right through to the first team. The first step was to introduce the League of Ireland Under 19 League, followed by the Under 17 League, and this August saw the launch of the inaugural Under 15 League. An Under 13 League is in the pipeline. Although still in their infancy, the underage leagues have already created a positive buzz within the League of Ireland.

Some clubs such as Shamrock Rovers and Limerick FC have invested in impressive facilities to develop their academy players. Rovers recently caused a stir on social media by posting a picture of a 6.30am Under 15 training session at their top quality Roadstone facility. While some people were surprised by the early start for the youngsters, the reaction was overwhelmingly positive. The players train, shower and receive a nutritious breakfast before heading to school. Irish football clubs being proactive and doing what top clubs on the continent have been doing for years is a really encouraging development. What 15 year old wouldn’t want to be coached by Damien Duff and Stephen McPhail, even at a time they usually wouldn’t be accustomed to being up and about at? 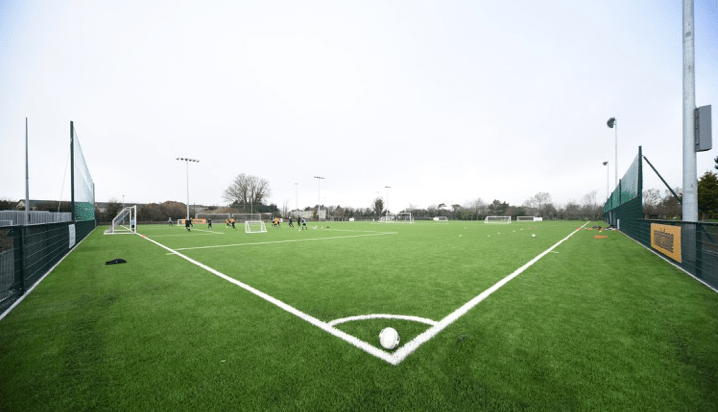 The SRFC Academy is based at Roadstone Sports and Social Club in Kingswood.

While not every club is in a position to do this, the fact that all clubs have embraced the underage leagues is really positive for the future of Irish football. Having a structured player development pathway in place means that the next generation of Irish stars can stay in Ireland, complete their academic education while also receiving a high-quality football education, and hopefully progress all the way to the first team of their League of Ireland club. Playing at that level can, as proved by James McClean and Seamus Coleman to name but a few, open doors to the UK when they are a bit older, wiser and more rounded footballers and people, than perhaps they would have been at 16.

The FAI recently announced that they are to receive over €800,000 from UEFA which is to be distributed among the Airtricity League Premier Division clubs for youth development. This is to be welcomed as it is vital that investment is made in youth football to give these fledgling academies every chance to succeed. It is very interesting to reflect on the success of the Icelandic national football teams in recent times. The country, with a population of just 335,000 people, has caused the football world to really sit up and take notice over the last few years. They followed up their quarter final appearance at the 2016 European Championships by becoming the smallest country in history to qualify for the World Cup by booking their place at next year’s tournament at the expense of larger, more traditional international football powerhouses. Starting in the early 2000s Iceland began to invest heavily in football and youth football in particular. A number of full-size indoor football pitches were constructed which allowed children to learn and play the game all year round. Hundreds of all-weather outdoor pitches were also created. Significantly, there is now an artificial pitch next to every school in the country. The results of this forward thinking are plain to see on the pitch. The Icelandic team are now a real force on the international scene, qualifying for back to back major tournaments and claiming some big scalps along the way. Something else worth noting is the fact that the majority of the Icelandic squad at Euro 2016 began their careers in their domestic league. The investment in youth football in Iceland has created players that are good enough to go abroad and shine in European leagues and on the international stage. If a country of Iceland’s population can achieve so much success from investing in grassroots football, there is no reason why Ireland cannot reap similar rewards. 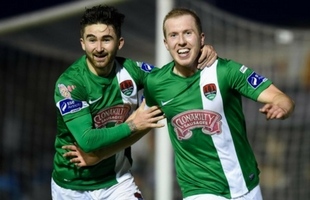 The funding of youth football in Ireland will need to be led by both the FAI and the government. Developments in the last few years have been really positive. With a player development pathway in place, the League of Ireland can benefit hugely from the introduction of young, talented players who have received top quality coaching all the way up through the underage ranks. A strong, competitive League of Ireland full of talented young players not only raises the standard of the league, but also means that the best players have a good stage on which to perform and attract interest from overseas clubs, if playing abroad is their ultimate goal. Guys who at 16, passed under the radar of UK scouts can now make the move at 21 or 22 and become the next McClean or Maguire. More young players making the move to the English Championship or Premier League obviously benefits the Irish international team too.

The League of Ireland has a massive role to play in the fortunes of the Irish international team in the years ahead. The underage leagues are pivotal to the development of talented young players to make the league as vibrant and strong as it possibly can be. Wouldn’t it be great in a decade from now to see an Ireland squad made up of a majority of current or former League of Ireland players, going to the finals of a major championship?

About the Author: Noel Delahunty

Noel Delahunty works as an Administration Officer and Course Adviser on the Setanta team. He is also involved in the proofreading and editing of lecture materials for the Undergrad, Personal Trainer and Masters programmes of study. Noel has a keen interest in all sports but is especially passionate about soccer and the development of the game in Ireland in particular. Noel's favourite sporting memory is knocking over a table of drinks while celebrating Robbie Keane's injury time equaliser against Germany at World Cup 2002!