Developing As An S&C Coach – Lessons Learned So Far

Developing As An S&C Coach – Lessons Learned So Far

“Having the knowledge is ineffective if you lack good communication and relationship skills with your athletes and colleagues.”

Former Setanta student, ex athlete and current Strength & Conditioning Coach with Sports Surgery Clinic, Colin Griffin, tells of his journey developing as a coach, trends that have evolved and lessons have learned along the way.

As most ex athletes do, I adopted a coaching philosophy based on what worked for me in the past. Being guided by tradition, many former athletes who transition into coaching remain unchallenged in their methods due to their perceived status of authority among their peers. In my early years I would have certainly been guilty of this but I did find it particularly interesting and for part of my Masters thesis data collection I interviewed some of Irelands top distance running coaches and found that some of the coaches who competed at a high level; adopted many of their coaching principles based on their own previous training methods.

On the other hand, there are many modern day coaches who are highly educated and very much influenced by science, but perhaps lack some of the soft skills of coaching. What some of the traditionalist coaches often display is an ability to connect with their athletes on a human level and see things in real time that sometimes science cannot show. Of course their coaching and decision making skills would be enhanced by being able to utilise applicable sports science resources, as well as being able to think critically.

As a coach getting the balance right is often difficult and requires an open mind.

There is a strong acceptance that coach education programs, despite being essential in most governing bodies for job criteria and team coach positions; are often thought to be insufficient to develop the skillsets necessary to be an effective coach. The same could be said for the strength and conditioning industry. I also touched on this when researching my Masters degree, I have since became acutely aware of these inadequacies and going forward would hope to contribute to improving the structure of these programs.

Coaching qualifications at the higher levels should be achieved over a prolonged period of time, as opposed to condensed weekend courses. Programs should involve a blend of theory and practical exercises, as well as an apprenticeship or mentoring program. The value of a coach-mentoring program has been highlighted, where a novice coach works under an experienced high performance coach for a period of time and gains valuable exposure to some of the day-to-day aspects of coaching and decision-making. This has worked in the medical and educational professions, but yet to be formally implemented in most sports governing bodies.

Doing a weekend course does not make you a great coach. Coaching needs to be learned and developed, I’d recommend every novice coach be mentored by a more experienced one in the initial stages of their career. 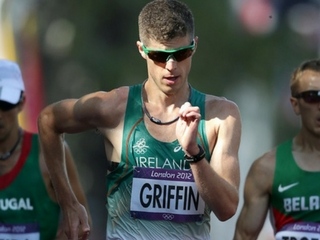 Informal learning opportunities through workshops, conferences and reading are often the preferred way of learning by many coaches. With so many workshops and conferences available, I think it is so important to utilise these opportunities wisely and have some clear take-home points that can be applied to your coaching as opposed to merely accumulating an information bank.

Through the internet and social media, good quality reading resources and podcasts an be easily accessed. I enjoy reading books and listening to podcasts particularly about influential figures in other sports, and indeed outside of sport in other domains, such as business and politics. As coaching is a peoples business and with transferrable skills and behaviours associated with high performance, I find it useful to gain perspectives from other high achieving people.

Be selective with what workshops you attend and listen to the people you would like to become. The key is to use the information you’ve gaining to better yourself as a coach.

This has been an area of personal interest, as like many athletes who compete in individual sports and live in a somewhat cocooned environment, it can be difficult to develop the self-awareness and inter-personal skills that are all so important in the workforce. Having the knowledge is ineffective if you lack good communication and relationship skills with your athletes and colleagues. The ability to recognise actions and behaviours in other people and adjusting your own emotions to deal with them, is a challenging but important skill to develop.

In my current job, I deal with a diversity of clients from elite and recreational athletes, to the general population. These experiences have challenged me to be flexible in my thinking and learn to refine how I communicate, particularly when I am trying to guide them through an exercise program during injury. As has often been quoted – ‘it is not the injury you are treating, it’s the person with the injury’.

Every client is different. You need to adapt your coaching style to each one. Having the right channels of communication is will determine success.

During my competitive athletics career, I have always embraced technology. I have used heart rate monitors and my own lactate-testing to monitor my key workouts. Other technologies that I currently use in my coaching include dartfish video analysis, velocity-based training and force plates. I am excited about the role force plates testing can have in monitoring and profiling athletes and utilising this data along with other information regarding their training load, injury rehab targets and performance measures.

While technology and data is valuable for programing and decision-making, I feel it must not be used at the expense of the intuitive skills of coaching. A simple ‘how are you feeling today’ and judging your athlete’s mood and energy levels should not be over-looked.

A good coach does not rely on technology, they need a good sense of intuition in order to know what is right for their athlete.

Coaching can be a very fulfilling and rewarding process, and the long-lasting impact you can have on another person must not be underestimated. In my view, a successful coaching legacy is measured not just by sporting success, but also by the influence you have had on people you’ve coached, for several years later and even outside of sport. I can think of numerous coaches that I have been fortunate to work with that have had a positive influence on my career development. And so the journey continues!

About the Author: Colin Griffin

Colin Griffin B.A. MSc is a Strength & Conditioning coach, Performance Coach and former international athlete. Colin competed in the 50km walk at the 2008 and 2012 Olympic Games and has also coached up to Olympic level with over 15 years experience in elite sport. He currently works as a Strength & Conditioning coach at the Sports Surgery Clinic in Dublin with a primary focus on injury rehabilitation and is also founder and Director of The Altitude Centre Ireland. Colin completed a degree in Strength & Conditioning with Setanta College before achieving an MSc in Coaching & Exercise Science in UCD and is currently undertaking a PHD in muscle-tendon mechanics at the University of Nice. He is an IAAF Level 4 Endurance Coach, coach education tutor with Athletics Ireland and an accredited S&C coach with the Sport Ireland Institute of Sport.