After a phenomenal few weeks for Irish Rugby, we have the privilege to take a step back and hear from one of the men at the coal face of strength and conditioning at provincial level – Munster Rugby’s PJ Wilson.

Recently we noted the credit that has been given to the Irish Rugby backroom staff from Joe Schmidt and Steve Hansen, with particular mention of the fitness programmes led by Jason Cowman. However, there are several layers under that again.

Success does not come overnight and it is not just about the XV on the field. Years of hard work have gone into the development of a world-class structure now used by Irish Rugby. A system that puts Ireland at the very pinnacle of the world game. A system that is fed by the schools, academies, clubs and provinces of this island.

When Dr. Liam Hennessy took over as the IRFU Director of Fitness in 2000 the ambition was to ensure that the senior provincial teams and national team were able to compete for a full 80 and more minutes. Then, in and around 2003, the trend was for being bigger and stronger. After that, the game moved on and the focus was for more powerful and agile players, soon followed by the need to build more robust and resilient athletes.

In a fascinating insight, PJ spoke to us about his own journey and a more adaptive coaching style when dealing with the modern rugby player. 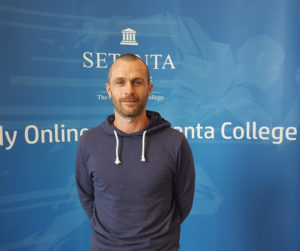 It is a story that shows that the skills you learn in work and life are easily transferable, once you are eager to learn and keep an open mind. From a completely different career, a quote that sticks with PJ is; “It’s not only a lesson in trade you get here, it’s a lesson in life”. With eight years at Munster Rugby he now sees his trade, and the role of strength and conditioning, as continually evolving:

Having met Des Ryan at an IRFU Certified Conditioning Course, the opportunity came up to intern under Joe McGinley in the Academy set-up. From there he moved up, working under the hugely influential Aidan O’Connell (Gandalf!) with the Senior team. Even after all this time PJ credits, not just those informative years learning the trade, but being part of the coaching group, and forming closing workmate relationships as a key to succeeding.

Getting into the specifics of working with a province such as Munster, PJ speaks candidly about the influence that technology now has in strength and conditioning, noting the importance of being able to interpret the data that devices such as STATSports (GPS monitoring) can throw out.

The use of this data, led by Adam Sheehan, and tying into other departments such as the medical team 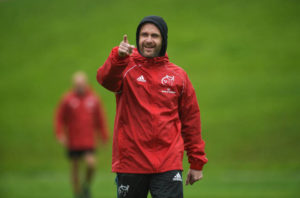 means that each coach has a broader understanding of the game and the factors that can aid athletic performance on the pitch for each and every player. As there are layers in the national set-up through to the provinces, the same can be said at the provincial level. The academies, sub-academies clubs and age grade structures are now feeding a more rounded athlete from the very start into the professional team. What it all boils down to is having open lines of communication within these structures, without which it would be impossible to effect change.

From PJ’s early days it has always been about being able to communicate, surrounding himself with the

best in the game and learning every day. It is now young players that rely on coaches like PJ to help them achieve success and give them the tools to maybe one day wear the green of Ireland. And a new generation of coaches can look to PJ as a beacon of success.

“You learn so much from the people around you if you take the time to listen to what they have to say. Take the best from everyone.”

We certainly listened to every word PJ had to say. A brilliant coach and an absolute gent.