Setanta Talks – The Evolution of an S&C Programme

Setanta Talks – The Evolution of an S&C Programme

I recently had the pleasure of speaking with Jason Cowman, head S&C coach with the Ireland national Rugby Union team, which you can listen to in full below.

From a player system development point of view, he had some great insights given his 20-year role as strength & conditioning coach with Leinster and more recently with the Irish national team.

Starting in the late 1990’s Jason reflected that we in Ireland had to ensure that Irish teams were fitter to last the pace and duration of the game. Frequently we were competitive up to the 60 minutes then we faded.

I was privileged to work with great S&C coaches such as Jason, Phillip Morrow, Des Ryan, Johnny Glynn, Dave Fagan, Fergal O Callaghan, Craig Whyte, Mike Bull, Jonathan Davis, Paul Darbyshire (RIP), Aidan O Connell, Kevin Craddock, Mike McGurn, Paudie Roche and Kevin Geary in those early days as we sought to ensure that our senior provincial teams and national team were able to compete for a full 80 and more minutes. (Note the coaches mentioned are the older ones, apologies for not listing the great younger coaches that have since joined the IRFU – I will get round to doing so later).

Then in and around 2003, the trend was for being bigger and stronger. After that, the game moved on and the focus was for more powerful and agile players, then more robust and resilient. So over 2 decades the changing trend of the physical, technical, tactical and psychological demands influenced the focus of the physical development of the senior players in Ireland. 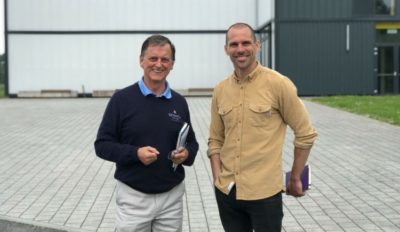 When I pressed Jason on what he thought was the most fundamental of all physical attributes he noted without hesitation ‘the ability to move’. Thus, we are literally back to where it all starts and while the senior players were very much focused on the challenge of competing on a weekly basis we also worked in the early years very deliberately at developing the younger player but with the emphasis on moving better. Indeed, we started the education of coaches at all levels of the game – in particular at school and club level – through our Certified Conditioning Coach programme. Over 1,800 coaches have gone through this over a 10 year period. In tandem, the primary school ‘Fit for Fun’ programme was introduced with an emphasis on fundamental movements in 2004-5. Then the sub-academy concept was launched in Leinster firstly through the stewardship of Dave Fagan. This is now considered not only a natural evolution for preparing players to become more balanced in movement ability, size, power and speed but is also, arguably, the most successful sub-academy in world Rugby. Prior to this, the IRFU were the first Rugby Union country to embrace a long-term athlete development strategy, based on the fundamentals in schools and clubs and in the academies. This was initiated by Stephen Aboud and a number of key coaches such as Des Ryan were central in ensuring that the programme was firmly implanted in the regions. From such roots, great players grow.

Well done Jason and knowing how well and considered your planning process is, we are looking forward to a successful tour Down Under this summer. 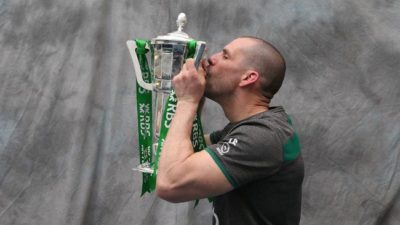