Women’s Rugby World Cup 2017: All You Need To Know

Women’s Rugby World Cup 2017: All You Need To Know

As Ireland gears up to host the 8th edition of the Women’s Rugby World Cup, we’re here to give you the definitive guide to all you need to know in the run up.

When does it start?

Where is it being held?

Both Dublin and Belfast are playing host to the tournament. The initial pool matches are being played in University College Dublin (UCD), South Dublin. Playoffs and semi-final matches will be played at Kingspan Stadium and Queen’s University, Belfast, home to Ulster Rugby.

Are there tickets available?

Tickets for the pool matches in UCD are currently all sold out. For more information or to find tickets for the play off matches keep an eye on Ticketmaster here: http://www.ticketmaster.ie/promo/wu4x0j/

Which teams are involved?

There are 12 teams altogether. From the 2014 World Cup, the top 7 teams automatically qualify to play, these include; Ireland, England, Canada, France, Australia, New Zealand and USA. The remaining 5 teams; Italy, Hong Kong, Japan, Spain and Wales all won their regional tournaments and are set to compete.

How does the tournament work?

The teams were divided into 3 pools.

Pool B: England, Italy, Spain and the USA

On the 9th, 13th and 17th August the teams will compete within their pools on two grounds in UCD. Kicking off the tournament Ireland will play Australia, England will face Spain and Wales will find themselves in front of New Zealand in Dublin.

The semi-finals are set to take place on August 22nd in Belfast. 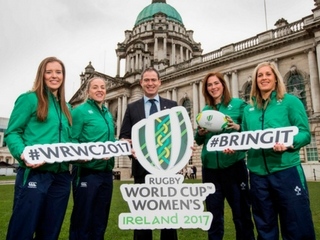 Who currently holds the Cup?

The 2014 World Cup took place in France where England took home the trophy for the first time in over 20 years as they defeated Canada 21 – 9.

When are Ireland’s matches?

Ireland’s first 3 matches are scheduled, the remaining will be scheduled as per results of the pool stages. The dates for Ireland’s pool games are as follows:

Will it be televised?

RTE will be showing live coverage of Ireland’s matches. Eir Sport will also have full coverage of the tournament throughout the stages. The Final is set to be broadcast on RTE. 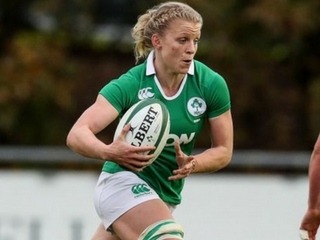 What you need to know about the Irish team..

Ireland Women’s Head Coach Tom Tierney, confirmed a 28-strong squad that will be captained by skipper Niamh Briggs, unfortunately she has since been was ruled out of the tournament as she suffered an achilles injury in training. A devastating blow for the Captain who will now be replaced by Louise Gavin on the squad.

Star flanker Claire Molloy will take the captaincy reins for Ireland’s WRWC 2017 campaign. Set to appear in her 3rd Women’s World Cup, Molloy has been capped 53 times by Ireland.

In the rest of the squad we have a further 12 players in the squad with previous World Cup experience – Ailis Egan, Heather O’Brien, Sophie Spence, Ashleigh Baxter, Paula Fitzpatrick, Alison Miller, Larissa Muldoon and Jenny Murphy were involved at France 2014, while Marie Louise Reilly, Nora Stapleton along with Molloy are geared up to compete at their third World Cup.

The full Irish squad is as follows:

As winners of the 2014 World Cup, England have been training hard and putting a lot of methodologies in place to ensure they bring home the trophy again. However, both New Zealand and Canada have shown great progress in recent months and have been readying themselves for the challenge. As we are hosting the World Cup, the Irish team are set to rise to the challenge and hopes to keep the trophy here in Ireland.

We’d like to take this opportunity to wish the Irish Women’s Rugby Team the very best of luck in what is set to be a great tournament. With excitement building across the nation we’ve no doubt that the training and dedication shown by the squad in recent months will stand to them as they enter the Rugby World Cup.