In Noel’s last article he wrote about the bigger picture of S&C, communication, education and leaving a lasting impact or creating a culture within a team or club. Here he talks about how we are too short-sighted in our approach as sports people and sports coaches and addresses the key factors in planning for a successful season and preparing a team for those all-important wins. 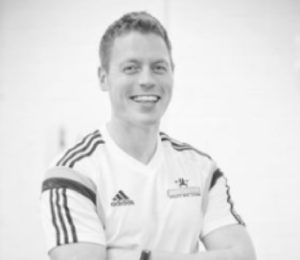 Sport is often thought to be ‘cut throat’ and most trainers and coaches are never given the time to implement ‘their’ philosophy or strategy. So if you knew you had a season – what would you do? What would be the thing you would do to make the biggest impact in the least amount of time?

The answer to this will be different for every team depending on how successful they are and what sort of culture they have in place…..but for the sake of this article let’s look at what most players, teams and managers want and how we can put something in place to meet those wants.

No player, manager, coach, club or county wants to lose – therefore let’s assume they want to win. What makes some teams win while others lose?

There are so many factors:

There are so many factors and I am sure you could add to that list! Some of you may agree with the list while others may not, or perhaps as a player or coach you have not put a lot of thought into these things as you are always so caught up with the weekly demands of the training and matches. So maybe we should look at the things that may be costing or could ultimately prevent success. As a Strength and Conditioning Coach if I could achieve one thing it would be to reduce the amount of injuries players receive. It is so important – I have said before that players want to play the sport – I personally place huge emphasis on it – possibly to the detriment of other factors. However if you can keep as many of your squad fit and injury free you have a greater chance of satisfying factors such as squad depth, player morale, confidence and mindset and at no real financial cost.

When players are feeling fresh and mobile, when they are playing with confidence, when they play with a ‘spring in their step’ it allows them to feel fit and to perform the skills of the game at speed and with conviction. If you are a player you will know the difference between feeling great, feeling confident and how you feel compared to feeling sluggish, feeling tired and drained – the difference in conviction is unbelievable – it can be the difference in making a run to get on the end of a piece of good team play and taking a score versus sitting back fearing you will not have the energy to return to your position – I am sure all players can relate to this at some point. 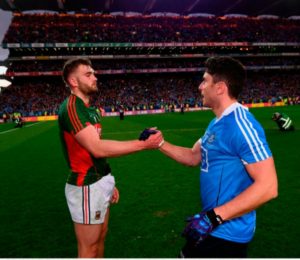 So as a coach how do we make sure we are keeping the players fresh and injury free especially at times of the year that we want them to feel at their peak. I have often had people mistake these points for going too easy on players when in fact it is not a case of working hard but doing it smarter. The GAA as a whole makes this a difficult one – but periodization or planning your training will have more impact on a players fitness and chances of injury than anything else. So many times we look at what others are doing in their warm up or in their cool down and these are important – but remember the bigger picture – and think over a course of a season, it is you the coach who will have more impact on a players rest and recovery by how you plan the training schedule rather than worrying about the micro recovery strategies of cool downs, or ice baths or protein shakes etc. Yes all the small things can add up and help with your team culture and organisation but they will not matter a damn if you failed to get your team fit, if you failed to get your team strong and if you failed to give the players the chance to express their skill and improve on their weaknesses. The biggest thing we fail to implement is the periodization or planning to allow for all of this in our schedule by encouraging rest and recovery.

So what is it we should be looking to schedule into our teams plan? Well what do we want them doing well? They need to be skilful, they need to be fast and agile, they need to be physically very fit and strong as well as hugely brave and determined– if we look at successful teams like the Dublin footballers at present they have all of these attributes and they do not get away with being better by being simply fitter or by being more skillful. Remember Bernard Brogan was the most skillful forward in Dublin for years before he got recognized at County Level but when his physique and work-rate matched his skill level he became unstoppable.

That said our season long plan from a training point of view should work on each of the following: 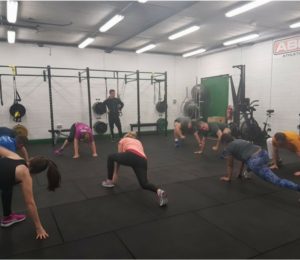 A warm up session in Noel’s gym in Lucan, ABC – Athletic Body Coaching

All of which should combine to result in being able to apply the SKILLS of the game in a number of different ways. Skill under pressure, skill under fatigue by practicing decision making under pressure and decision making under fatigue – and the way we do this is by playing the game as much as we possibly can, using the ball as much as we can and in as many different situations and scenarios as we can. I have seen teams blame the forwards for missing chances when those forwards had been ran to the ground for weeks previously. I have seen midfielders blamed for not winning kickouts or poc outs when kickouts / poc outs were never part of training.

I will discuss different factors in time but for me we need to plan speed and plyometrics every bit as much as we do strength and endurance. The thing that limits the latter is they need to be performed in a fresh state therefore rest and recovery becomes a huge factor. Remember as a player there is no point being big and strong or have the ability to run lengths of the field if you are not fresh enough to explode past your man or to accelerate and jump up for that ball or agile enough to make that space to kick that great score.

So whether you are a player, coach, manager or chairman I want you to ask yourself, has your club or county a plan in place for the course of the season to keep our players injury free but yet fit and strong enough to finish out matches still performing the skills to the highest level.

About the Author: Noel Flynn

Noel is owner of ABC Gym where he is hugely passionate about helping people train and eat the right way. He develops bespoke programmes for people to improve fitness levels and deliver on their goals. Noel has been an avid GAA player, member and coach pretty much his whole life with his biggest coaching role to date being Strength and Conditioning Coach to the Tipperary Senior and Under 21 footballers. Noel is highly involved in his own GAA club Lucan Sarsfields and is involved as a coach with the Senior Footballers and Senior Hurlers while the Minor Footballers and Hurlers both train with ABC Gym. Since his own graduation Noel has been lecturing in Strength and Conditioning at Setanta College which is the leading provider of third level Physical Fitness education in the UK and Ireland. Noel comes from a teaching background but believes that physical fitness and nutrition should be at the forefront of education.