Performance nutrition and making weight is a fine balance between achieving the required weight loss without affecting the athletes performance and energy levels. It can also have a huge psychological effect so making things easier for your athlete on a day to day basis is the main aim.

I worked with Setanta student, Pa Lehane, for his recent fight on the Cage Warriors card. It was a 74kg fight so we had some work to do but it all went very smoothly and according to plan.

When making weight there are a few considerations to make straight away. When is the weigh in? That will dictate how long you have after the weigh in to refuel which will make some decisions for you in terms of glycogen manipulation, water cuts, refuelling strategies and how much weight you need to lose early on in the camp.

In Cage Warriors the weigh in is on the morning of the fight but there was 9 hours between Pa’s weigh in and the fight so there was still plenty of wiggle room in terms of manipulating his weight in the short term. Despite that extra time, I wanted to use that as plan B. Plan A was to strip back some body fat as early as possible in the camp so the athlete isn’t under pressure the closer it gets to the fight. Often when athletes get closer to the fight or event and they haven’t made weight it brings stress and the decision to train harder to try to get the weight off. This is something we wanted to avoid, entering the cage with a cold or flu and not being able to focus fully on the fight.

When setting up an athletes diet for the training camp the most important nutritional considerations are that protein is high enough. Somewhere around 2g/kg body weight to maintain recovery aspects but also to maintain as much muscle mass as possible, after all it is this muscle mass that adds to strength and power within the fight. 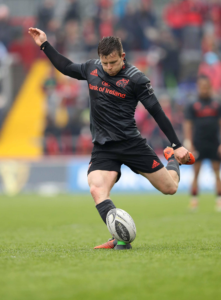 Within that you have to make sure that the athlete is in an overall calorie deficit. Where you take those calories from is of paramount importance. Carbohydrates are the main fuel source for high intensity exercise so you can’t go slashing carb intake if you want your athlete to be able to perform in training to put reps in the bank that will allow them to win the fight. On rest days carbohydrates aren’t as much of a necessity, depending on the training load and when the next training session is, so carbs can be sacrificed for unsaturated fats and plenty of protein. On training days, and especially double training days, fat must be sacrificed to a certain degree to allow the athlete to eat more carbohydrates and still maintain a calorie deficit. Depending on how heavy that training day is you could take a cyclical approach to calories and increase the athletes intake in the form of carbohydrates where possible. The aim is to ensure that the athlete has enough energy and to take away the stress of low carbohydrate training which can bring its own complications if you do it in the long term.

Something that won’t have an impact on the overall fat loss is hydration but it is a key part of sustaining energy and training effort. Slight dehydration can result in a sizeable performance decrement and increased RPE for the session so ensuring there is adequate hydration pre training and a rehydration strategy afterwards is important. Failing to do so will result in poor physical energy, as well as sluggish decision making and cognitive performance.

This is all well and good in theory but there are some practical implications. What does the athlete like to eat? What’s their baseline diet like? You should be trying to make it as simple as possible for the athlete and not based on the coaches preferences. I try to find out as much as I can about the athlete and their likes/dislikes before we start so I’m not causing more stress in an already stressful camp. 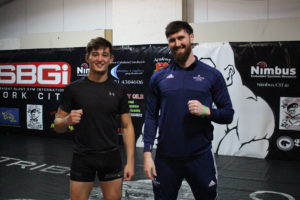 Appetite is another key factor when dealing with the person. Athletes are highly driven, motivated human beings. Feedback from them can be blurry because they will always say they’re fine and try to drive on with a plan. Failing to stick to a plan feels like they are doing something wrong so the coach needs to be able to read the situation and adapt on the go. Ensuring the diet has plenty of fibrous, filling foods with as much food volume as their calorie requirements allow is the goal for their day to day, especially away from the training session itself.

Making sure you have plenty of time to achieve these goals, in the training camp this is often an overlooked aspect from a fighters point of view. Often, they will have done some old school, drastic weight loss strategies and think that they can lose the weight in a shorter period of time. The longer you have to achieve the outcome the easier it will be to trouble shoot along the way without any added pressure.

Remember, the weight cut only gets a fighter into the fight. There’s still a whole lot of work that can be done in the refuelling stage that will help to win the fight.

What was my favourite part of the whole camp? In an interview after winning the fight Pa laughed at the fact that he ate a breakfast before his weigh in. No stress, more fuel, more head space to focus on what he needed to do. Job done.

Watch Pa’s #SetantaStudentSpotlight and find out more about his training: https://vimeo.com/375633631

Find more information on the courses available at Setanta College here, or contact a member of our team below.

About the Author: Jonny Holland

As a former professional rugby player with Munster Rugby, Jonny has a wealth of knowledge and experience to his name. Along with being a qualified Performance Nutritionist and running his own business, he also is Cork GAA senior performance nutritionist with both the hurlers and footballers, Cork Constitution senior assistant coach, and RTE rugby columnist. Jonny also delivers a range of corporate and community wellness talks. Some organisations he has been involved with include Twitter, KPMG, Eli Lilly, Johnson & Johnson, Stobart Air. For more information about 1-1 nutrition consultation, gym programmes and talks/wellness workshops, check out jonnyholland10.com.