How Ireland Beat the All Blacks at their Own Game

How Ireland Beat the All Blacks at their Own Game

The New Zealand rugby teams have been at the top of the world consistently, and they’re a massive threat on the pitch. Believe me, I just played against them. Yet the French women just bested the Black Ferns, and Ireland recorded another historic victory in the Aviva.

What is it exactly about New Zealand that keeps them sitting at the pinnacle of athletic performance for years on end? And how have teams like Ireland adapted traits of NZ and other consistent high performers to build a successful brand of their own?

While I believe every person and team should find their own values and identity, there are a lot of great lessons to learn from such a winning team. As shown in their book, Legacy, the All Blacks highlight 15 areas that contribute to their sustained success.

Get yourself a copy of the book for more detail, highly recommended.

Ireland, however, have mastered their own version of these principles – by developing something of their own. Sustained success, or the ability to perform consistently under pressure day in and day out, is also known in Western societies as ‘grit’. A gritty player brings to mind the image of the kicker knocking balls through the post after the lights are shut off. The last player in conditioning who demands one more rep. The first player to step up in a tackle or scrum contest. And the Irish have it.

In her book, Grit: The Power of Passion and Perseverance, Angela Duckworth identifies four key factors to grit – Set a stretch goal, Focus, Seek Feedback, Reflect and Refine. In order to beat the top teams, you have to become better than them at their own game. And I think Ireland have shown they can do it, and other teams will follow.

So how can you apply this in your teams? Put in to practice something I call the D.A.R.E method of performance. Dream, Apply, Reflect, and Execute – these four tenets will take you far and help you develop your own version of grit to surpass all odds.

“True or not, stories are the way we understand life and our place in it” – James Kerr, Legacy 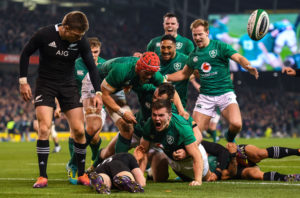 Have you ever heard someone tell you, “whether you believe you can or not, you’re right?” It’s a simple cliché that boils down the most complicated aspects of performance psychology into a catchphrase. The All Blacks and Black Ferns create a culture that allows them to understand their place in the rugby world, and life in general, the way they want to. In order to be such a high performing team consistently on the top of the world, their culture follows principles such as honesty, integrity, authenticity, challenge, and growth.

Our values are the foundation of our behaviour. When push comes to shove, and when pressure is at its height, core beliefs will shine. Enter the parable of potato, egg, and coffee beans.

“Once upon a time a daughter complained to her father that her life was miserable and that she didn’t know how she was going to make it. She was tired of fighting and struggling all the time. It seemed just as one problem was solved, another one soon followed.

Her father, a chef, took her to the kitchen. He filled three pots with water and placed each on a high fire. Once the three pots began to boil, he placed potatoes in one pot, eggs in the second pot and ground coffee beans in the third pot. He then let them sit and boil without saying a word to his daughter. The daughter moaned and impatiently waited, wondering what he was doing. After twenty minutes, he turned off the burners. He took the potatoes out of the pot and placed them in a bowl. He took the eggs out and placed them in a bowl. He then ladled the coffee out and placed it in a cup.

Turning to her, he asked. “What do you see?”
“Potatoes, eggs and coffee,” she hastily replied.
“Look closer”, he said, “and touch the potatoes.” She did and noted that they were soft.

He then asked her to take an egg and break it. After pulling off the shell, she observed the hard-boiled egg.

Finally, he asked her to sip the coffee. Its rich aroma brought a smile to her face.

“Father, what does this mean?” she asked.

“Which one are you?” he asked his daughter. “When adversity knocks on your door, how do you respond? Are you a potato, an egg, or a coffee bean?”

Which one are you? What are your values that will come out under pressure? What story are you telling?

I wonder what story Ireland told themselves when they beat New Zealand at the Aviva.

“Everyone wants to win, but not everyone is willing to prepare to win.” – Bobby Knight 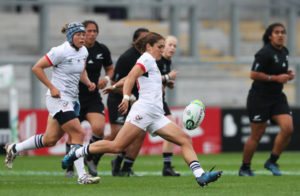 The All Blacks and Black Ferns are champions of something known as deliberate practice. Rather than practice makes perfect, it’s the idea of practice making consistent improvement and approaching it with a growth mindset. According to their book Legacy, “enlightened leadership promotes a structured system for development of team combined with a tailored map for development of the individual.” Great teams lead from the top by developing these systems for themselves, each and every player, and combining them to structures and well-organized development plan for the whole team.

Angela Duckworth discusses deliberate practice as challenging yourself to become just a little bit better every day. Challenge yourself each and every day to be better by setting a goal just above your current abilities. Then get out there and apply it – practice your craft. Focus and get measurable feedback. What percentage of positive tackles are you going to complete in the game today? Are you going to hit a specific PB in weights? Attack that. Then reflect on your performance.

Did you reach your goal? Keep doing what you did and set a slightly higher goal. Did you miss? What do you need to change and how can you adjust for next time? These are the principles of deliberate practice. And this is the process successful, gritty teams know well.

“Leaders must prepare for change, even when standing at the pinnacle of success.” – James Kerr, Legacy 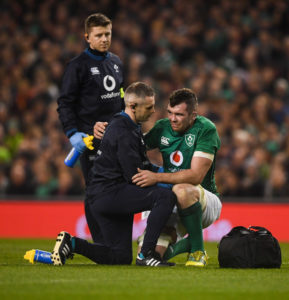 Sometimes, less is more. Too much of a good thing can, in fact, be a bad thing. A key element of deliberate practice and performance is reflection. Take a step back to truly assess if what you’re doing is working.

The easiest example is learning a skill such as the Olympic lifts. You can continue to do something wrong over and over again, but you’re never going to hit your target by practicing it wrong. It’s only when we take a step back, watch the video, assess how our body feels, get a good coach, or do a serious inventory that we can truly improve.

Reflection isn’t only important when you’re failing, however. At the top, everyone is chasing you. Everyone is copying you. If they weren’t, I wouldn’t be writing this article about how to emulate something the New Zealand teams do. Yet again, Ireland have proven that even when you’re at the top, you can’t stay complacent.

The ABs discuss how humility is a strength, not a weakness, and I’m sure they will go back to the drawing board and reflect. All great performers know this – as soon as you think you’ve “gotten there” is when you really have to worry. Therefore, one of the key tenets to consistent success is to always be reinventing yourself. Stay ahead, stay hungry, and stay creative.

Meditate on your successes and your failures. Review and ask yourself the difficult questions. A culture of asking and re-asking fundamental questions helps achieve clarity of execution

“People get scared by the phrase fear of failure because they think it inhibits their performance. It is the fear of not doing it properly. The key is to understand that there is a world of difference between fear of feedback or failure and harnessing that fear to positive effect.” – Sean Fitzpatrick, Legacy

Last, but definitely not least, is the execution. Dreaming big, applying it in practice, and reflecting on your performance and skill mean nothing if you can’t execute on the day. You have to show up in the big moments, keep your calm, and stick to your processes. 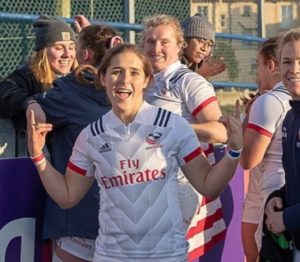 Every important moment, whether it be a test match, a massive lift, or a job interview, is going to bring unexpected stressors and pressure. Those who lose focus become anxious, caught up in the stress, and forget their preparation. However, if you set goals, put in the practice, reflected on improving and studied your craft, you can know that your processes will put you in the best position to succeed.

Performance lies at the intersection of behaviour and ability. You have to hone your skills and train relentlessly, but you also have to maintain the attitude, composure and focus it takes to truly execute. Ideally, you’ve put yourself under enough pressure in your preparation that competition is the easiest part. You just have to go out there, maintain your cool, and do what you’ve trained for.

Understanding honestly what your values are, underlies how you will approach each and every difficult moment. Just like the coffee, egg and potato scenario, these values will shine clear in the strongest of pressure. So, dream large and set goals just above your current limits. Apply them through deliberate practice.

Reflect, reassess, and repeat. And finally, go out there, execute, and take what’s yours.

About the Author: Kimber Rozier

Kimber Rozier is an American rugby union player, making her debut for the Eagles in 2012. She won a bronze medal at the Rugby 7s Women’s World Cup in Moscow and competed in the 2014 World Cup in Paris. Kimber is an NSCA certified strength and conditioning specialist, holding a Bachelors degree in Exercise and Sport Science.