We are delighted to announce a practical workshop with one of the world’s leading weightlifting coaches. US-based Glenn Pendlay has developed lifters like Jon North, Donny Shankle, Jared Fleming, James Moser and James Tatum and this is a unique opportunity to learn from the best.

A wide range of topics will be covered including flexibility and mobility for weightlifting, specific warm-ups, weightlifting for sports performance, conditioning for high repetition lifting, coaching of the main Olympic lifts, motor patterns, the speed of movement and most importantly an invaluable insight from a world-class coach.

This workshop is not only suited to active weightlifters – it is open to all athletes, players, coaches and for anyone with an interest in the application of weightlifting in sport. It will be a highly practical day and a fantastic opportunity to be coached by Glenn. 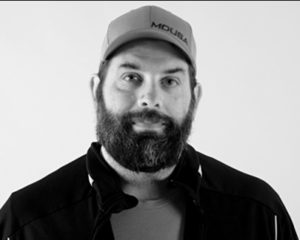 Glenn Pendlay is a top US Olympic weightlifting coach who has produced national champions at every level of the sport, from the Junior Olympics through Masters and Senior Nationals.

In 1992, Glenn met Russian coach Alexander Medvedev while attending the Junior World Powerlifting championships in Moscow. Medvedev invited him to remain in Russia where he would personally train him on the Olympic lifts. Since then Glenn has produced over 100 National Champs and 20 medalists in international competition, and his athletes have broken as many as 10 American records in a single year.

This is the level of experience he will share during his time here in Ireland with us. Find out what he does differently, and what you can learn from one of the great weightlifting coaches.

A Few Words From Glenn

This class will cover topics important to weightlifters, especially those not using PED’s. At the beginning of your weightlifting career the most important thing you can do is develop good habits and motor patterns. Becoming skilled at the snatch and clean and jerk will make more difference to your total than gains in strength. This slowly changes over the course of your career. The longer you train the more important strength becomes.

Most lifters eventually get to a point where getting stronger is absolutely necessary for gains in the snatch and clean and jerk, in fact eventually getting stronger is the sole avenue left to stimulate progress in the total. Methods of strength training also change. As a beginner, very general methods are the most effective. Exercises like the back squat and deadlift. The longer you train, the more specific the strength exercises must become. The sets of 5 in the back squat and deadlift slowly become maximal efforts in more specific exercises like the front squat and the snatch and clean pull. The speed of movement and the specific motor patterns used in the strength exercises must become as close to the competition movements as possible.